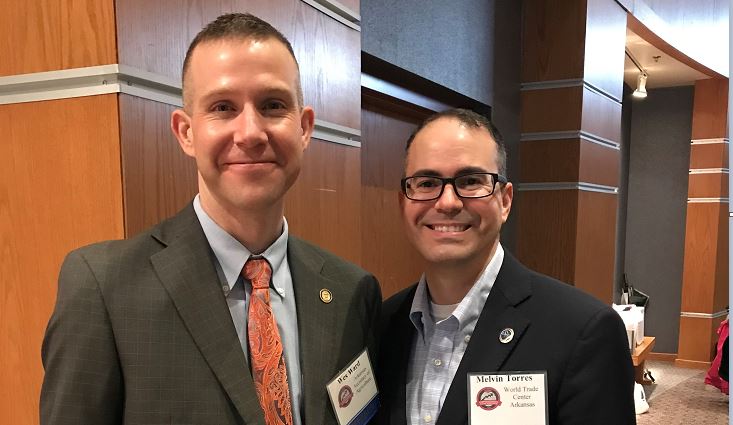 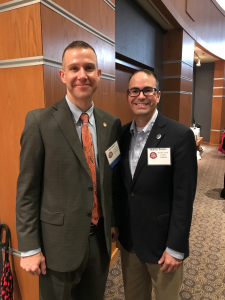 JONESBORO — Farmers producing dairy, poultry and wheat stand to gain under the United States-Mexico-Canada Agreement, but they should watch for how the trade deal is implemented after Canada signs off, according to Jim Wiesemeyer, a policy and political analyst at Pro Farmer.

Wiesemeyer, a featured speaker at the 2020 A-State Agribusiness Conference in Jonesboro, addressed the 2020 election and the implications for the agriculture and rural economy. He noted that “certainty is the biggest benefit to U.S. agriculture.”

USMCA was signed into law last month and is expected to be approved by the Canadian Parliament in April. The deal could increase Arkansas trade between Canada and Mexico — the state’s two biggest export markets, respectively, according to data gathered by the Center.

USMCA will replace the North American Free Trade Agreement, or NAFTA, which was signed into law in 1994. NAFTA removed numerous trade barriers between the three nations, according to The Associated Press. Arkansas exports to Mexico have increased by over 732% since NAFTA was enacted.

Meanwhile, there are revamped trade deals on the horizon for the U.S. with the United Kingdom and India.

Agriculture is the backbone of Arkansas’ economy, providing more than $20 billion annually to Arkansas’ gross state product, according to the Arkansas Farm Bureau.

On the other hand, the state’s dairy industry, which boasted more than 50 dairy farms in 2017, could also see increased value with USMCA.

Currently the state’s dairy industry exports about $1 million in products, which amounts to a $2 million impact on Arkansas economy, according to the U.S. Dairy Export Council.

However, Arkansas’ wheat crop has seen acreage decline over the last several years. This can change as Arkansas’ largest agrifood buyers are our USMCA partners.

The state’s economy is certainly powered by agriculture. Arkansas governor Asa Hutchinson noted that the state’s farmers exported more than $3.3 billion in agriculture, ranging from soybeans and rice to processed foods. Of these total exports, about 38% go to Canada and Mexico.

As part of his grass root engagement visits, Torres met with 11 companies in the River Valley, central and northeast Arkansas. The companies ranged from Arkansas small businesses to the Export-Import Bank, to help them learn of international trade opportunities.

“These grass root visits through the state provide an opportunity to help Arkansas’ business access the global market,” Torres said.