Torres’ trip coincided with the Fayetteville Chamber of Commerce‘s trip to Argentina as the Chamber embarked on their cultural heritage celebration series. This trip doubly served as an opportunity for the Chamber to execute their international economic development strategy and bring people to Argentina who had a commercial interest in the area for which Torres will serve as a facilitator.

Torres promoted Arkansas and served as a facilitator for commercial and intercultural exchange. He met with industry and government leaders from organizations such as the American Chamber of Commerce in Argentina, Debora Bandura of the Ministry of Foreign Affairs and Worship,  the National Transportation Ministry and the Department of the Exterior for COPAL, a food and beverage trade bureau that represents 30 of Argentina’s most important food and beverage conglomerates. 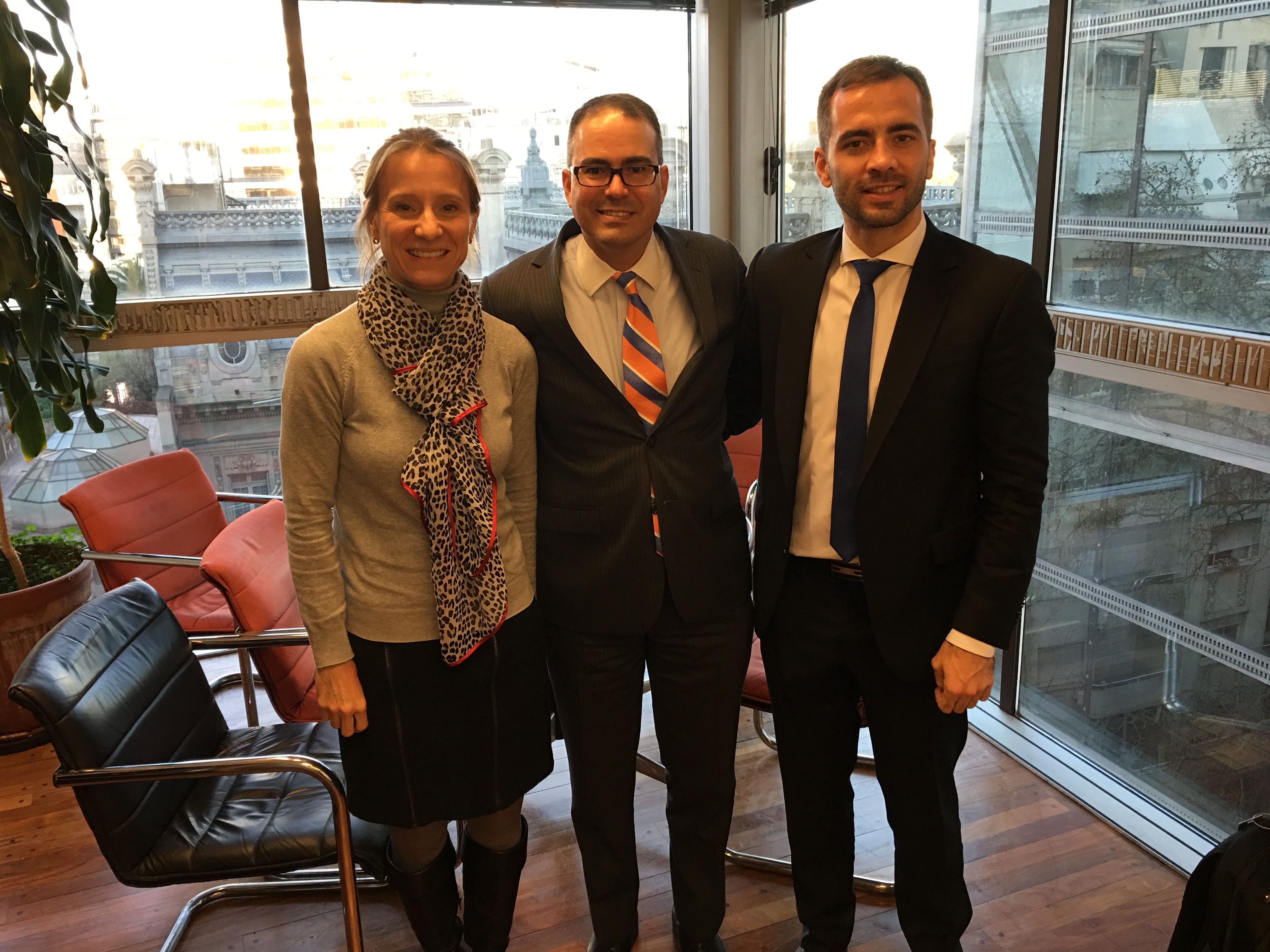 Torres (center) traveled to Argentina multiple times in 2017 to meet with officials such as Debora Bandura of the Ministry of Foreign Affairs and Worship (left) to build a relationship between the country and Arkansas.

“Argentina has potential as a bilateral trading partner to Arkansas,” Torres said “We both share agriculture as a primary industry but there goods that Argentina imports such as chemicals and agricultural machinery, which Arkansas manufactures.”

Argentinian leaders were highly interested in Arkansas and Torres is working to establish the next steps to continue pursuing a strong trade relationship. Minister Bandura and others wish to visit Arkansas water and waste management companies as well as companies that specialize in using or producing recycling or recycled materials. He met again with Bandura on Thursday.

Torres’ trip to Argentina was briefly interrupted by a quick trip to Washington D.C. on Tuesday in which he testified before the Office of the United States Trade Representative during the NAFTA modernization hearings on NAFTA’s benefit to Arkansas and the needs of Arkansas companies.

Torres flew back to Argentina and remained for the rest of this week to promote trade.