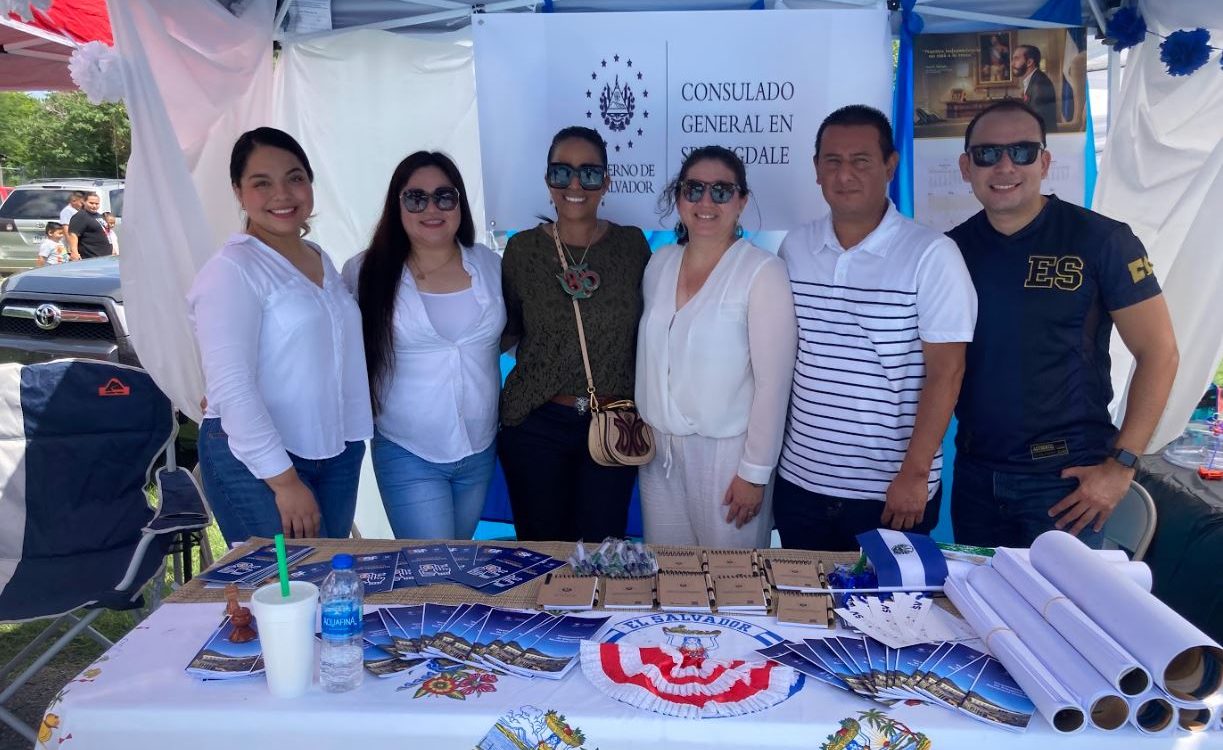 SPRINGDALE — The first Salvadoran consulate in Arkansas co-hosted a community celebration on Aug. 6, marking the event with vendors from the community, civic groups and local business leaders.

The World Trade Center Arkansas was honored to open the event alongside Mercedes Argueta, the Vice Consul of the consulate, and Terri Trotter, CEO of the Jones Center.

“What an honor to speak at such a wonderful event dedicated to showcasing the diverse culture of Northwest Arkansas,” said Denise Thomas, WTC Arkansas CEO.

The consulate opened in June and will provide administrative services to Salvadorian nationals, according to KFSM-TV. Before the NWA location opened, the closest consulate for Salvadorans was in Dallas, Texas.

The high-energy celebration drew a large crowd to the Jones Center, and featured food and entertainment. The WTC Arkansas also attended the festival to show its support for El Salvadoran businesses in the areas and to open more trade opportunities with the Latin American nation.

El Salvador was among the top 30 export destinations for Arkansas products last year. In 2021, the country accounted for $33.3 million in trade, according to the Arkansas Economic Development Commission.