Aug. 18, 2017 – Chris and Sherry Tedder, the husband and wife duo behind Clinger Holsters in Van Buren, Arkansas continue to see strong success throughout 2017. Clinger Holsters is a manufacturer of concealed carry holsters and is a World Trade Center Arkansas client. CEO Chris Tedder is responsible for inventing one of the most popular and effective conceal carry systems in the industry. 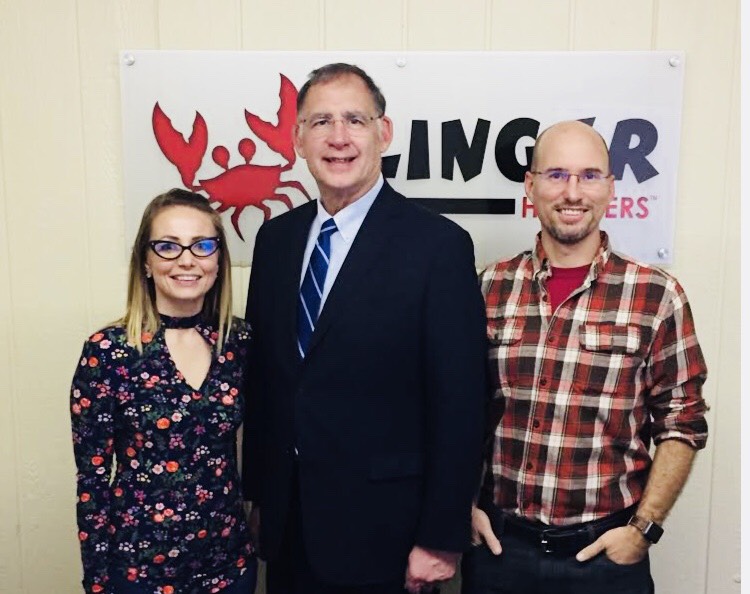 In the past few months Clinger Holsters has launched two highly successful new product lines, celebrated the opening of a new production facility, were visited by Senator John Boozman and Congressman Steve Womack and have completed ExporTech, a national export training program designed to help small businesses grow their sales by exporting to new markets.

“Arkansas is home to talented entrepreneurs like Chris and Sherry who want a piece of the American dream,” Boozman said. “I’m pleased to see the success they are enjoying, turning their passion into a thriving small business while taking advantage of World Trade Center Arkansas’s resources to expand into new markets.”

“We are incredibly happy to see Clinger Holsters achieve so much success,” said Melvin Torres, Director of Western Hemisphere Trade at the World Trade Center Arkansas. “We have worked on a one year strategy to export and Clinger has been very proactive and aggressive in reaching this goal.

“Perhaps many people are astonished by their rapid success,” Torres said, “but I strongly believed in the company since I first spoke to Chris and Sherry last year. As a World Trade Center Arkansas client, we are eager to see them expand into foreign markets.”

To do that Clinger Holsters developed an export strategy through the ExporTech training program. The program ended with a seminar at the World Trade Center Arkansas on How to Do Business with Canada, which the Center hosted with the Canadian Consulate General in Dallas. Clinger Holsters was a participant in this seminar.

“We’re really wanting to export our Kydex holsters,” Chris said. “We’re working on a design that is more helpful to military and police. Concealed carry is rare outside of the United States, so we’re focusing on military and police distributors.”

Chris and Sherry are hoping to learn the basics of exporting to fill in the gaps in their knowledge.

“We want to get a good understanding of the laws and make some contacts in the Arkansas exporting community.”

Clinger Holsters has also launched two new products this year: the Comfort Cling Holster and the V2 No Print Wonder Holster. The Comfort Cling is a holster that fits multiple gun models and is attractive to retail outlets who do not want to fill up their shelves with dozens of individual holsters that fit only one model.

The V2 No Print Wonder Holster is an enhanced version of Clinger Holster’s flagship model and Chris’ original revolutionary design. Both holsters are now the most popular models that Clinger Holster’s offers through their website, Amazon.com and Walmart.com. 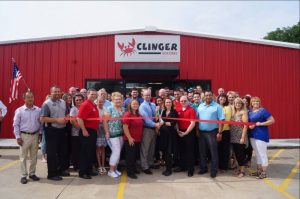 Clinger Holsters celebrated the opening of their new facility on May 14, 2017.

The company’s growth and success was marked by the opening of a new production facility in Van Buren, Arkansas on May 14, 2017. Congressman Steve Womack visited the Clinger Holster’s Facility on August 9, 2017.

“When Congressman Womack toured the facility, he was very interested,” Chris said. “He was intrigued by the whole process and how we’re expanding and updating assembly lines.

According to Chris, Congressman Womack said he felt it was his responsibility to help Arkansas business grow without too much regulation and provide resources for expanding globally.

“I really enjoyed my visit to Clinger Holsters,” Womack said. “Small businesses are what this country is made of and I’m excited to watch them grow.”