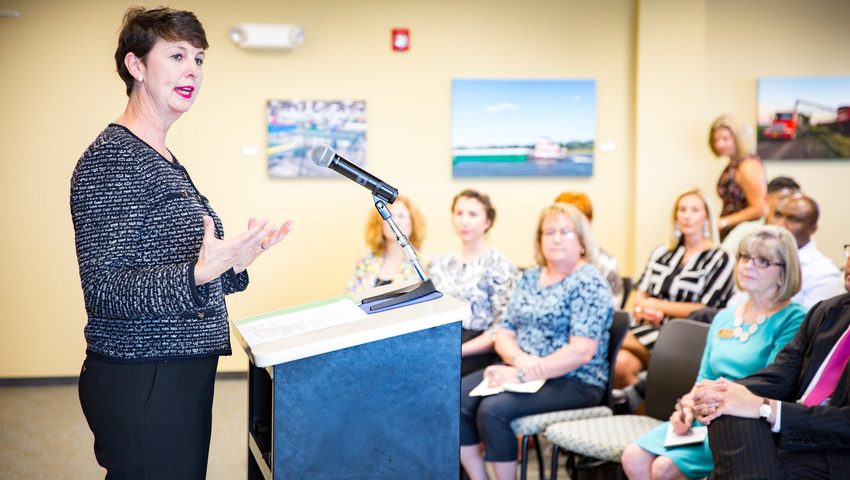 Executive Assistant Commissioner Brenda Smith of the Office of Trade for U.S. Customs and Border Patrol speaks to the the Arkansas business and Trade Community at the World Trade Center Arkansas.

July 17, 2017 – The World Trade Center Arkansas hosted Executive Assistant Commissioner Brenda Smith of the Office of Trade for U.S. Customs and Border Protection (CBP) on Thursday, July 20, 2017 from 2:00 to 4:00pm.

Smith held a round-table session with members of the business and trade community of Arkansas. Topics for discussion included eCommerce, NAFTA modernization, current customs issues and more. The goal of Smith’s roundtable was to enhance cooperation between CBP and the Arkansas trade community to facilitate both lawful and efficient trade and to discuss updates on key trade issues. 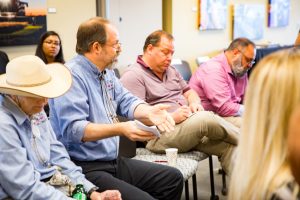 Darin Alexander of ArtCords, LLC discusses his issues with remaining competitive in the equine textile industry.

“Opportunities like the World Trade Center Arkansas event to discuss current issues and foster an exchange of ideas between CBP and the trade community are critical to helping promote the economic security and prosperity of the United States,” Smith said.

The Office of Trade is an Office within U.S. Customs and Border Protection which is under the Department of Homeland Security. The mission of the Office of Trade is to protect the American public through the integrated enforcement of trade laws while promoting economic prosperity through a predictable and transparent business-to government experience.

Since joining the U.S. Customs Service in 1994, Commissioner Brenda Smith has served in a variety of leadership roles overseeing trade and border enforcement issues.  She was selected as the Executive Assistant Commissioner of the Office of Trade in the fall of 2014.

Previous to that Smith was the Executive Director for the ACE Business Office (now the Trade Transformation Office). Under her leadership, CBP has automated trade processes through the Automated Commercial Environment (ACE) Single Window, which transmits the private sector’s import-export data to 47 partner government agencies, eliminating over 200 paper forms and streamlining trade processes.