The Cuba Embargo: to lift or not to lift?

Consul General of Canada in Dallas Presents Seminar at WTCAR

Vasken Khabayan, the (acting) Consul General of Canada in Dallas presents on the relationship of Arkansas and Canada.

15 Arkansas companies participated in the event with the Canadian Consul General as well as students and faculty from the University of Arkansas. Representatives from media outlets such as Talk Business and Politics covered and wrote about the seminar.

Khabayan joined the Canadian Department of Foreign Affairs, Trade and Development in 2003 and is responsible for the promotion of Canadian interests in the areas of political and economic relations, investment and trade, public affairs and consular affairs in the five-state territory of Arkansas, Louisiana, New Mexico, Oklahoma and Texas.

He was most recently posted at the Embassy in Washington, DC, from August 2011 until July 2015, where he was responsible for government procurement, trade in non-agricultural goods, trade remedies and softwood lumber. 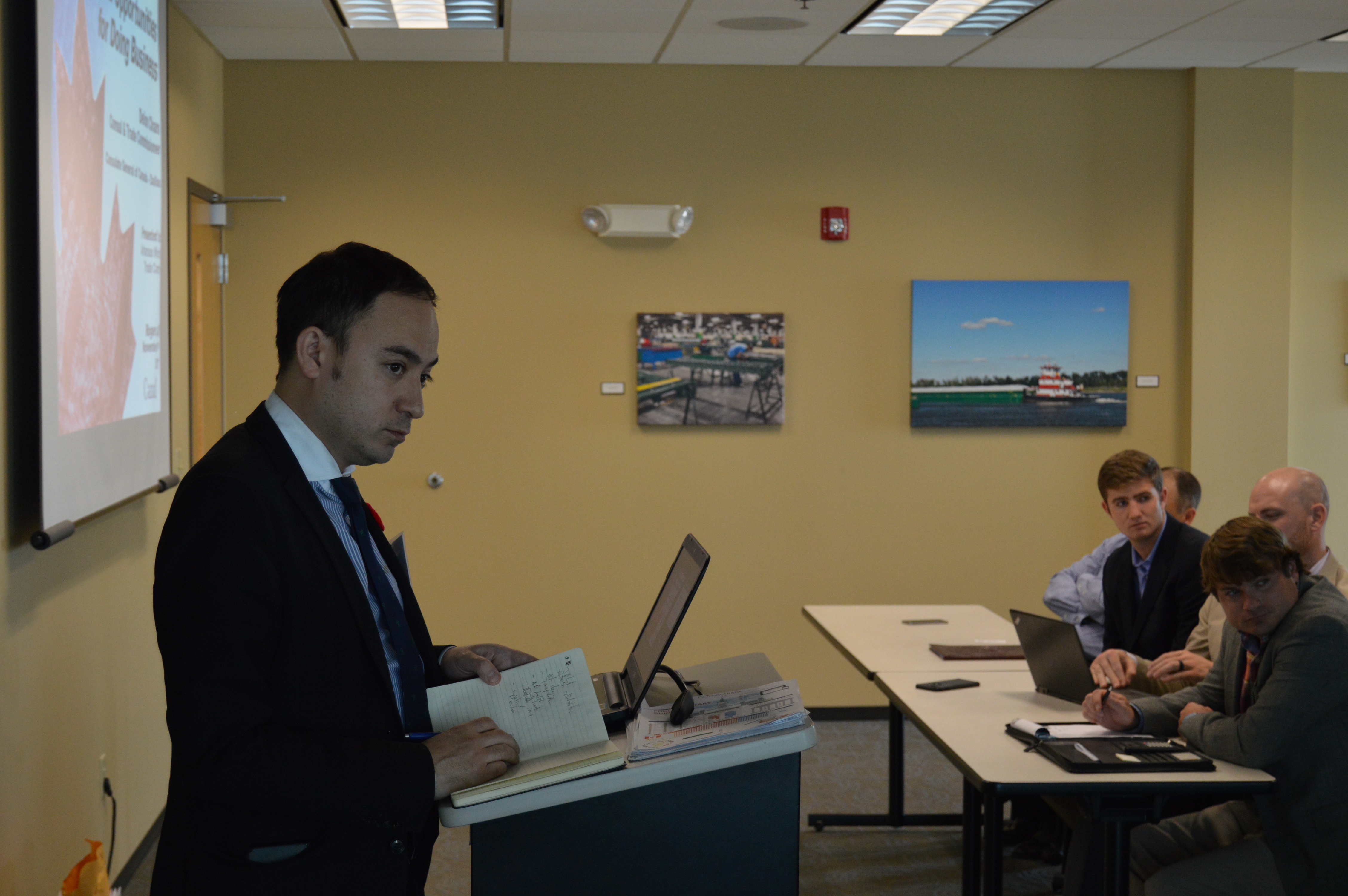 Delon Chan, consul and trade commissioner of the Canadian Consulate General in Dallas answers questions about his presentation on Canadian business opportunities.

“With a low entry-barrier, established supply chains, and NAFTA; Canada has become an alluring market for U.S. businesses,” Chan said. “Arkansas has a trade surplus with Canada and Arkansas companies exported over $1.2 billion in goods to Canada last year alone. Whether you want to import or export, Canada is a great place to start.”

Chan and Khabayan emphasized the importance of the trade relations between Canada and Arkansas and Canada and the U.S. According to their presentations, 9 million U.S jobs depend on trade with Canada. 66,500 of those jobs are in Arkansas and Arkansas exports $1.2 billion of goods and services to Canada every year. Arkansas’ 3rd Congressional District exports $330 million alone annually.

Other topics included Canadian market entry strategies, selling to the Canadian federal government, Canadian labeling requirements and more. Chan also covered the information in the seminar in a session of the World Trade Center Arkansas’ podcast, which is set to launch later this year.

For more information on the seminar, visit arwtc.org/business-with-canada or contact Melvin Torres, director of Western Hemisphere trade for the World Trade Center Arkansas at melvint@arwtc.org.