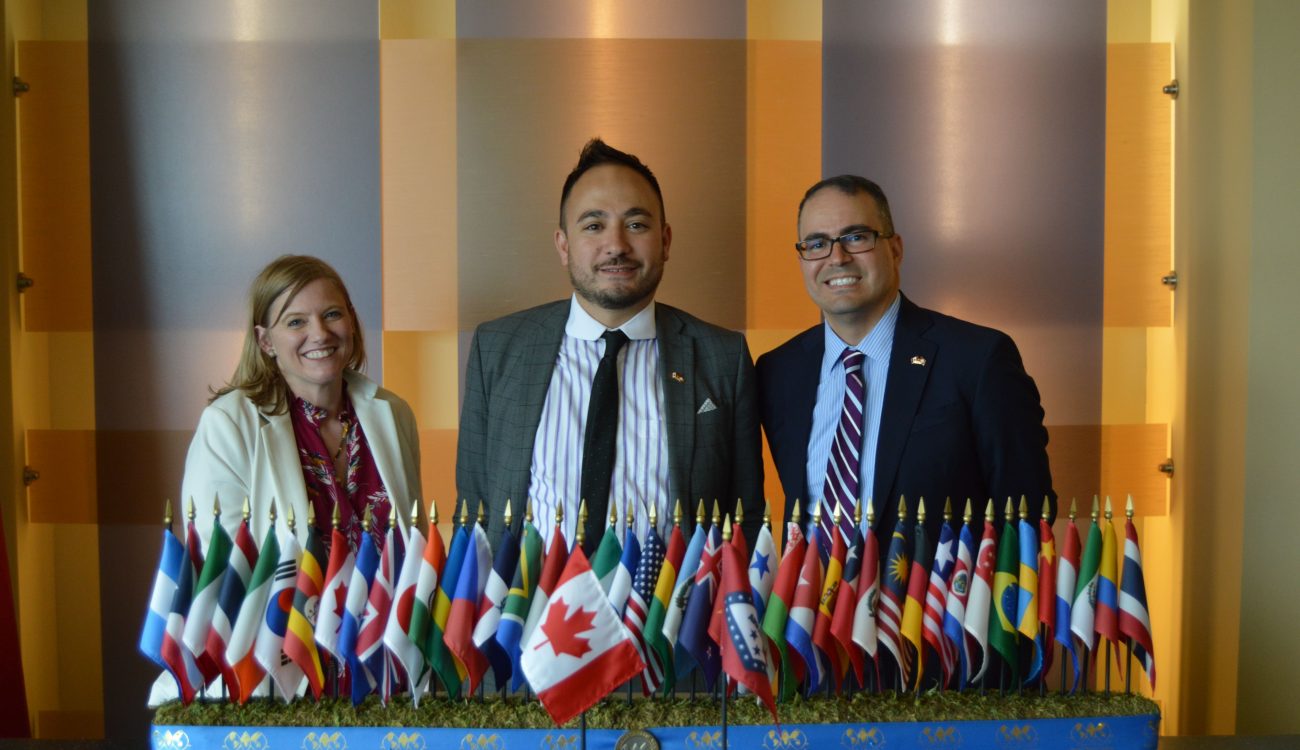 Trade officials from the Consulate General of Canada in Dallas coordinated with the World Trade Center Arkansas to engage Arkansas businesses and stakeholders through commercial diplomacy in a visit to the state last Wednesday.

“Arkansas is important to Canada and vice-versa because we’re your largest trading partner and best customer,” Chan said. 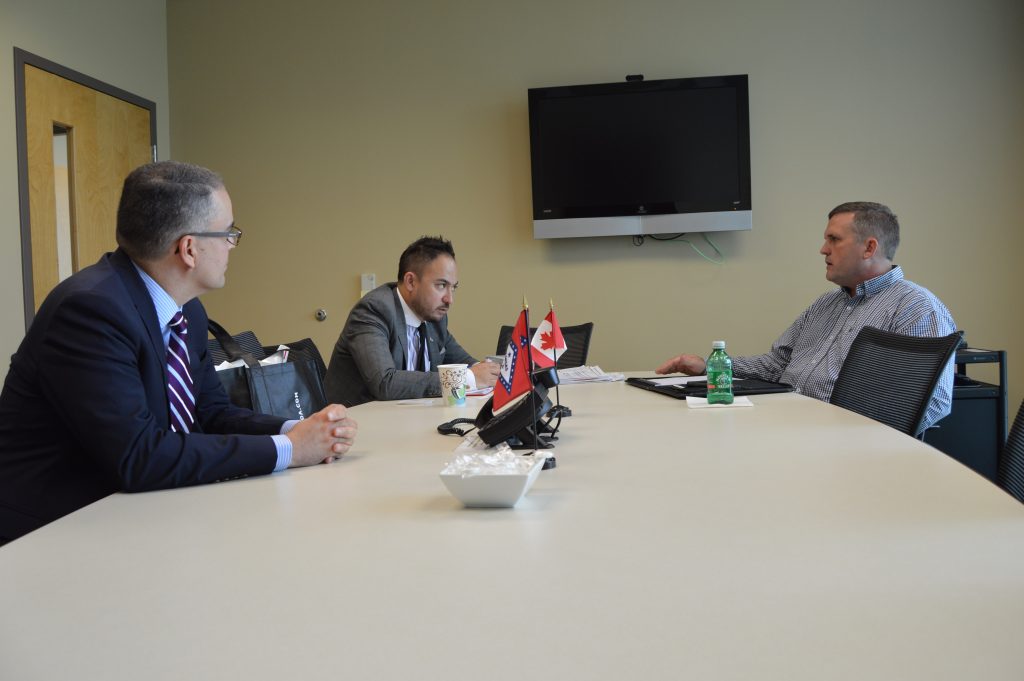 These meetings were arranged for Chan and Goudar by Melvin Torres, Director of Western Hemisphere Trade for the World Trade Center Arkansas. Torres also arranged visits with Arkansas Secretary of State Mark Martin, and representatives from the offices of Congressman Steve Womack and Senator John Boozman.

“We really appreciate all the excellent work and support from the World Trade Center to build the relationship between Arkansas and Canada,” Chan said. “We want to continue to build upon the work that the Center is doing to promote trade between our countries,” Chan said.

Chan also came to Arkansas with Consul General Vasken Khabayan in November last year to give a seminar on how to do business with Canada for Arkansas companies and was a guest on the Gateways Podcast.

“We want to encourage and continue that strong relationship,” he said. “If you look at Canadian companies invested in Arkansas and Arkansas companies exporting to Canada – that relationship supports 66,000 Arkansas jobs.”

In addition to these jobs, Canada imported approximately $60 million worth of rice from Arkansas in 2017. The state also exported $191 million in agriculture goods to Canada last year and, when combined with Arkansas exports to Mexico, state data shows that Canada and Mexico receive one third of Arkansas exports.

Overall, Canada is Arkansas’s largest export market exporting $1.3 billion in goods and $182 million in services annually. In addition to this, Canadian visitors to Arkansas spend $7 million every year.

Chan said the consulate officials will also visit with stakeholders in Little Rock later this month to continue their engagement with Arkansas.