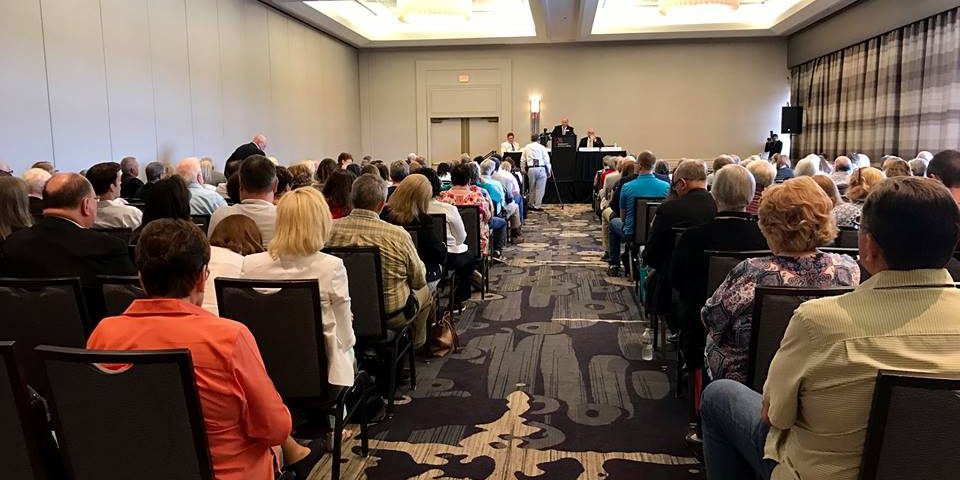 June 16, 2017 – The World Trade Center Arkansas participated in the Arkansas Municipal League’s 33rd Convention which was held from Wednesday, June 14 to Friday, June 16, 2017 in Little Rock.

World Trade Center Arkansas President and CEO, Dan Hendrix was a speaker at a convention seminar focusing on the benefits of sister cities, international cultural exchange and world trade on Thursday. The convention also featured addresses made by Governor Asa Hutchinson, Attorney General Leslie Rutledge and Arkansas Speaker of the House Jeremy Gillam.

The Arkansas Municipal League is a voluntary organization of Arkansas cities and towns that was founded in 1934 and serves its members through legislative advocacy, benefits programs, training and more. The convention is a yearly meeting of Arkansas municipal leaders and serves as the venue to design, revise, and readopt their policy and missions.