Denise Thomas, director of Africa and Middle East trade for the World Trade Center Arkansas attended the 6th Global Economic Summit in Mumbai, India as a guest speaker on government and institutional support for women on Tuesday, March 28, 2017. 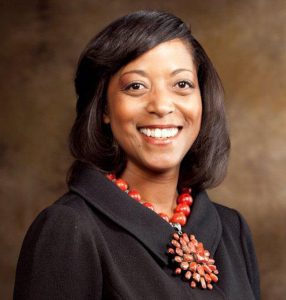 Denise Thomas, Director of Africa and Middle East Trade for the World Trade Center Arkansas is speaking on women’s empowerment at the Global Economic Summit 2017.

The theme of the summit is Women’s Empowerment: Entrepreneurship, Innovation and Capacity Building. Thomas is speaking on issues and perspectives in policy making for women empowerment along with diverse and highly accomplished professionals from organizations like the United Nations Women Office, the World Trade Organization and the Organization for Women in International Trade

As director of Africa and Middle East trade for the World Trade Center Arkansas Thomas works directly with leaders and government officials in regions where women face the greatest degree of inequality and disenfranchisement. The ten worst countries for gender equality (measuring education level, health, survival, and economic and political empowerment) are in Africa and the Middle East according to the 2016 World Economic Forum Global Gender Gap Report.

The summit sessions cover topics such as redefining the role of the new woman in the world of trade and business, empowering women through skill development for economic inclusion, women’s contribution to the small business sector through entrepreneurship and innovation and women’s role in transforming rural economy and harnessing economic inclusion. For more information about the summit contact Thomas through email.

The World Economic Forum Gender Gap data can be explored through this interactive map. Countries that received the “Least Equal” rating are disproportionately located throughout Africa and the Middle East.