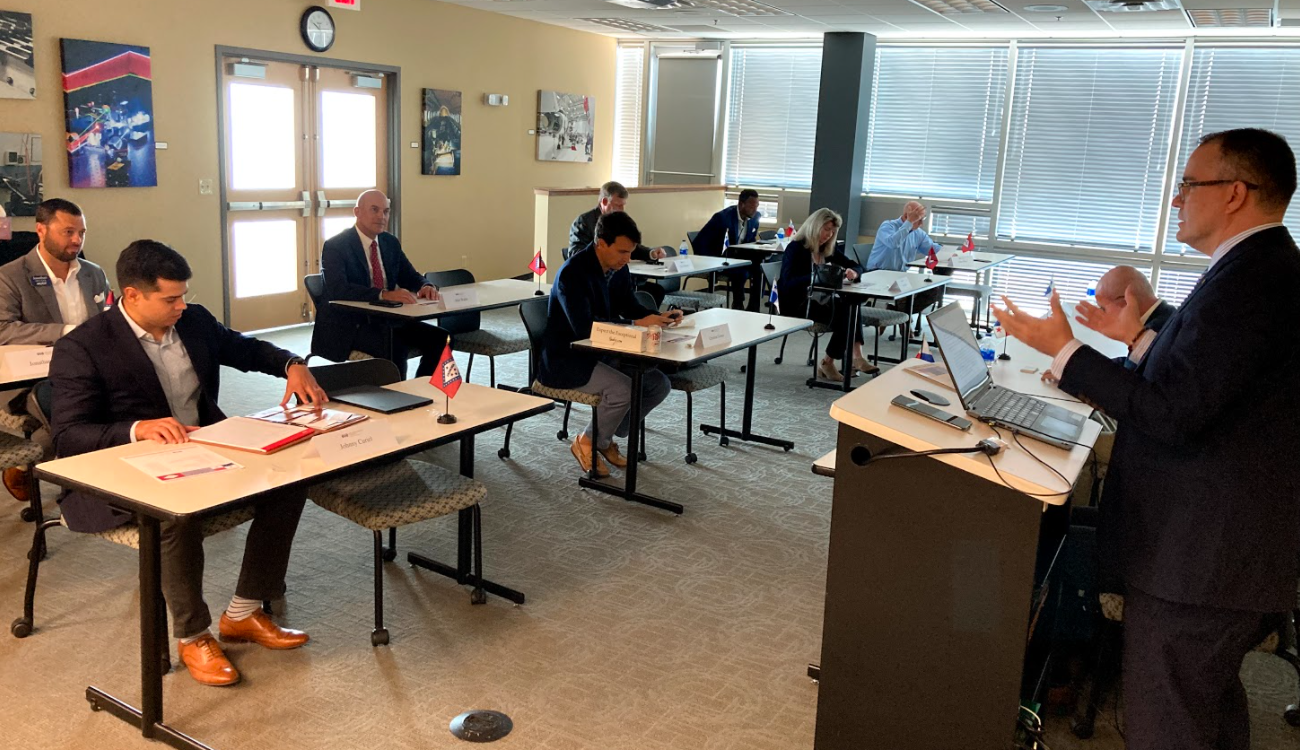 Melvin Torres, director of Western Hemisphere trade at the World Trade Center Arkansas, speaks to several NWA business leaders on July 14, 2021, during a visit to the Center by Panamanian trade officials.

ROGERS — Panama, which currently handles 5% of global shipping, is primed to be “part of the solution” for cheaply and efficiently shipping products to and from the United States, according to Melvin Torres, director of Western Hemisphere trade at the World Trade Center Arkansas.

“Imagine products getting to your local Walmart from Latin America at low prices in three or four days versus over 45 days from China at the same price or maybe even higher,” Torres said.

Torres hosted a delegation of Panamanian officials earlier this month at the Center for a in-bound trade mission. The Panamanians met with several Arkansas business executives from Tyson Foods, Walmart, and J.B. Hunt.

Panama has become the “crossroads of global shipping” largely due to its proximity to major international ports. But the country has also invested heavily in shipping infrastructure.

Moreover, Panama has port terminals on the Atlantic and Pacific coasts that access over 1,700 maritime destinations.

“Infrastructure, trained labor force, and low costs can be matched if not beaten by Latin American countries compared with China,” Torres said.

“Panama can be part of the solution to move products to and from Latin America.”

Beyond international shipping, however, Panama also offers opportunities for nearshoring. Citing increased labor costs in China, Torres said Panama can be a “catalyst for moving items to and from Latin America to and from the U.S.”