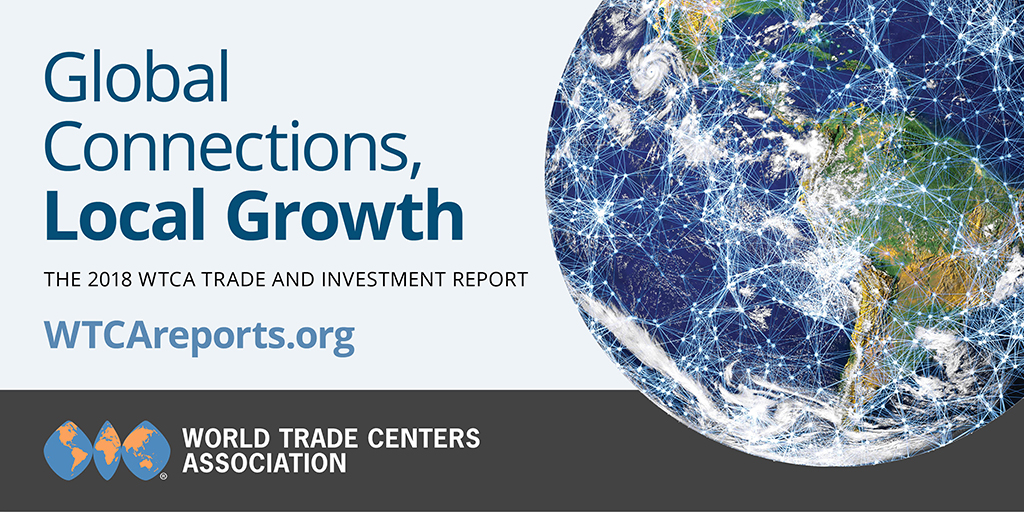 The World Trade Centers Association (WTCA) released its first official Trade and Investment Report called “Global Connections, Local Growth” in association with Foreign Policy magazine. Among many findings, the report concluded that regions with World Trade Centers on average draw foreign direct investment per capita at twice the rate of their respective countries and export goods at a rate 1.5 times greater than their national average.

The report’s findings are in line with export trends observed by the World Trade Center Arkansas. For example,  Arkansas’s exports to regions like the Western Hemisphere outperform the national rate of exports to the same region.

The report is a city-level data analysis, including GDP, FDI inflows, exports, employment, foreign citizens, education and more. The analysis was used in conjunction with qualitative interviews with more than three dozen WTCA members and polling conducted at the WTCA General Assembly. The World Trade Center Arkansas is a highly active trade promotion member of the association’s global network made up of 319 World Trade Centers in 88 countries.

These World Trade Center regions constitute more than $26.7 trillion in gross domestic product — 35 percent of global GDP — and contain 15 percent of the world’s population, according to the report.

“We have known for a long time that World Trade Centers substantially contribute to the value of their communities,” said Dan Hendrix, president and CEO of the World Trade Center Arkansas. “Now we have numbers to back up those claims on a global scale in addition to the powerful testimonies of the companies we serve.”

Respondents indicated in the report that the most significant driver of local economic growth and development is a collaborative network of local stakeholders accessible to local businesses. This is a model fully embraced by the World Trade Center Arkansas, which works with state business leaders and foreign and domestic government officials at the local, regional and national levels to achieve trade promotion goals.

The report also found that small and medium businesses fuel local growth, constituting 50-60 percent of value added and 70 percent of jobs in member countries of the evelopment.

For more information and to download the full 2018 Trade and Investment report, visit wtcareports.org or contact Alex Brown, director of communications and member relations of the WTCA at abrown@wtca.org.