Diplomats and dignitaries who attended included:

“The World Trade Center Arkansas has played a skillful role in connecting Arkansas businesses with international partners, which has in turn meant greater economic benefits for our state” said Sen. Boozman. “I’m proud to help show the world what Arkansas has to offer and look forward to its continued success.”

In addition to the celebration, the Center conducted multiple meetings with Arkansas businesses, University leaders and the diplomatic delegations to grow the bilateral trade and educational relationships between Arkansas and the visiting countries.

The World Trade Center Arkansas was launched as the vision of Sen. Boozman in 2007.  He recognized that international trade was crucial to Arkansas’ economic development, and that there was a strong need to establish a center focused on trade development to expand Arkansas manufactured, agricultural and service industry exports.

Up to this 10 year anniversary, he has traveled with Center representatives on trade missions to Peru, Brazil and Panama in addition to statewide road trips to promote international trade in many Arkansas communities.

The Center was established as a part of the University of Arkansas with support from Hunt Ventures (formally Pinnacle Group), the City of Rogers, the Walton Family Charitable Support Foundation, the U. S. Department of Commerce, the Rogers-Lowell Chamber of Commerce and what was then the Arkansas Department of Economic Development (now the Arkansas Economic Development Commission).

It occupies a 6,000 square foot, first class office in the top floor of the World Trade Center Building owned by Hunt Ventures in Pinnacle Hills.

“The World Trade Center Arkansas was incredibly productive over the past 10 years,” said Dan Hendrix, president and CEO of the World Trade Center Arkansas. “We’ve taken Arkansas businesses and agricultural producers on dozens of trade missions to foreign countries. We’ve helped grow the state’s exports and developed strong commercial diplomacy with many of our trading partners.”

More recently, the Center organized a large trade mission with Arkansas businesses, agricultural producers and Gov. Asa Hutchinson to Cuba in 2015, making Hutchinson the first U.S. governor to visit the island since normalization and the U.S. Embassy was restored. 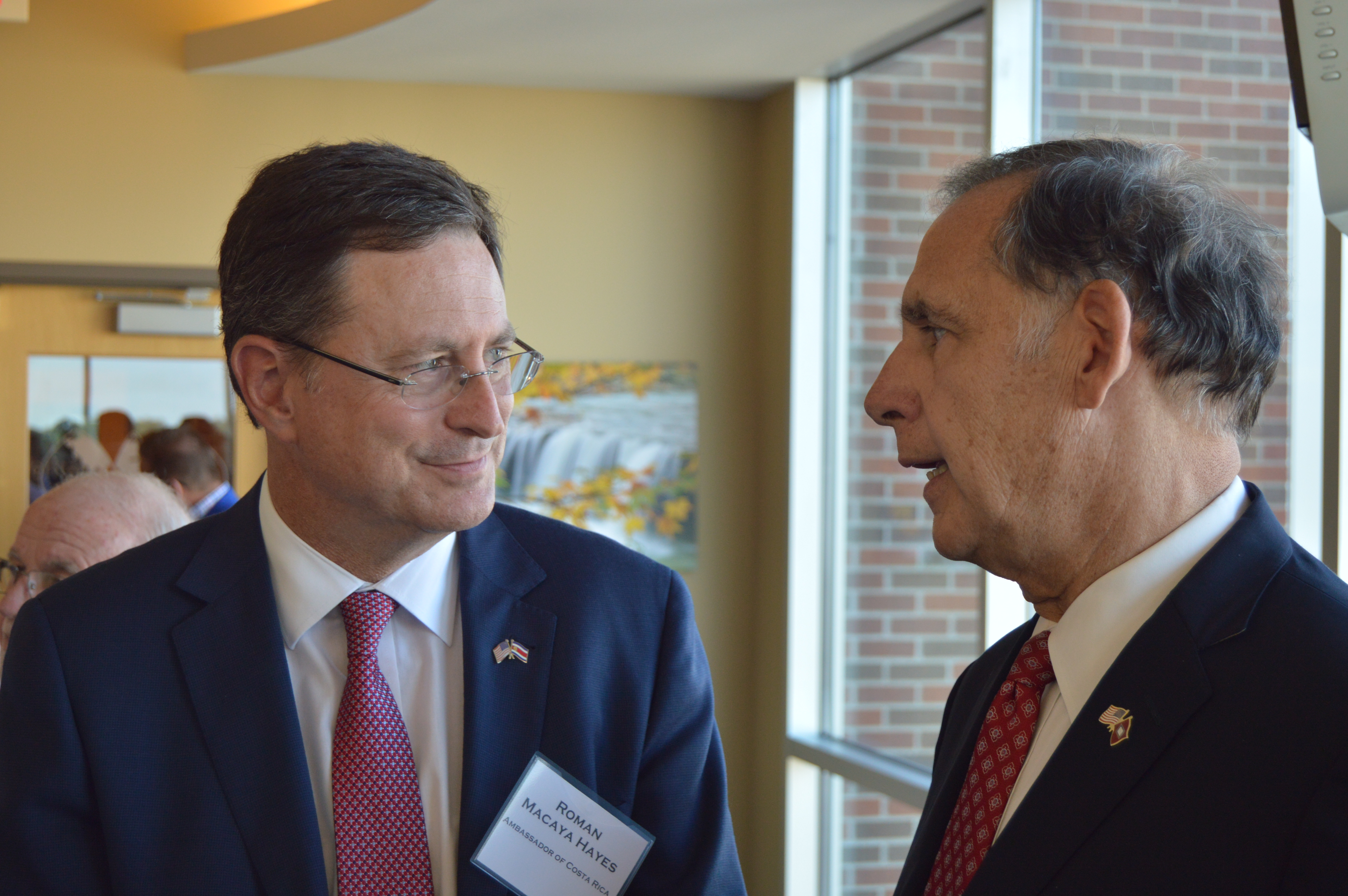 The Center has also been promoting the modernization of the North American Free Trade Agreement (NAFTA), taking a “do-no-harm” posture, according to Hendrix.  Arkansas maintains a trade surplus with Mexico, which is the state’s largest importer of rice.

“We welcome modernization as it will benefit Arkansas companies by making them more competitive in the global marketplace,” Hendrix said. “By testifying at the United States Trade Representative hearings, we effectively communicated the fact that Arkansas can be used as a model of success for trade with Canada and Mexico. This shows that our state is having a tremendous impact in the global economy.”

Leading up to the 10 year anniversary, the Center has also opened new relationships with three different countries; partnered with two national organizations; undergone nearly 25 trade and diplomatic missions; attended and presented as trade experts at eight different state, national and international summits; and travelled throughout the state to engage Arkansas businesses on a nearly weekly basis. There are still multiple trade and diplomatic engagements scheduled for later after the 10 year anniversary.

“We are engaged as the international trade arm of the Arkansas Economic Development Commission,” Hendrix said. “We are an active force for growing bilateral trade between Arkansas and the world.”