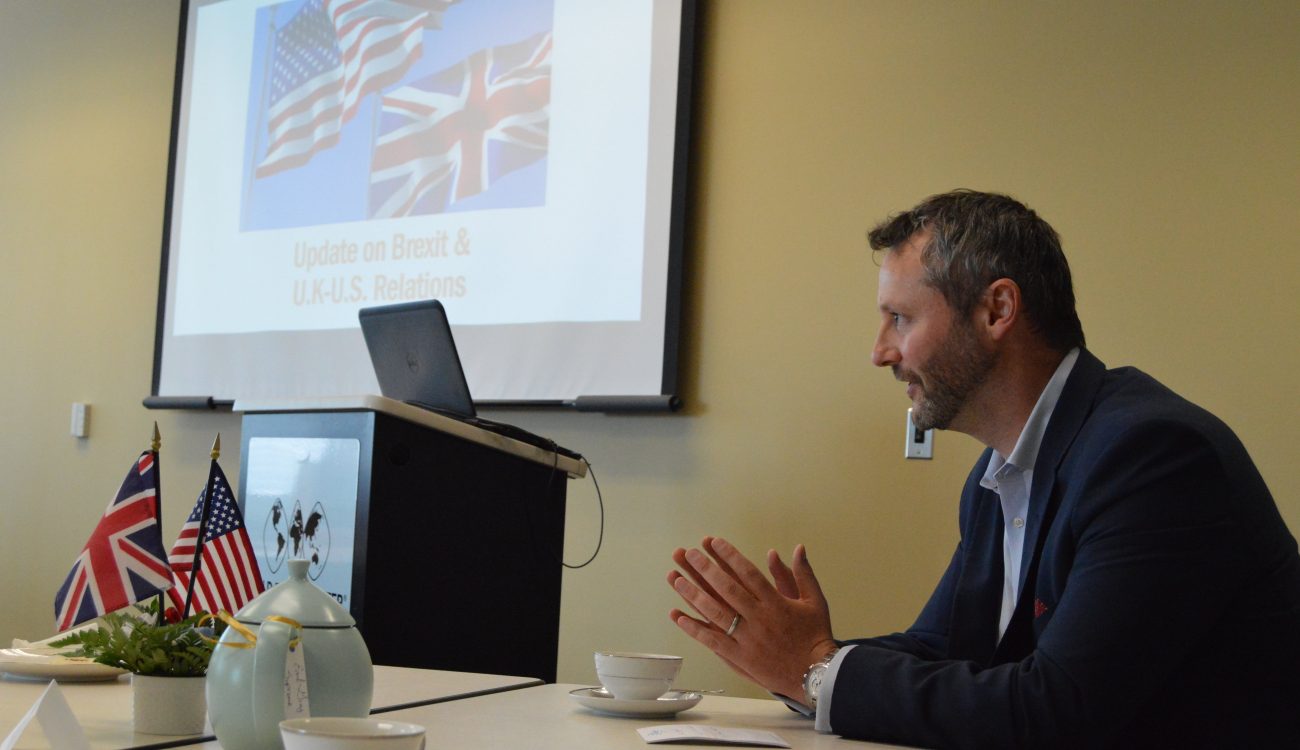 Dan Rutstein, the Regional Director for the West Coast-Central U.S. and the Head of Investment for the U.S. at the British Consulate General in Los Angeles delivers an informative briefing on Brexit and U.S.-U.K. relations at the World Trade Center Arkansas on Friday, June 29.

The World Trade Center Arkansas hosted two officials from United Kingdom consular offices on Friday last week in Rogers. The officials gave an informative discussion on Britain’s exit from the European Union, or “Brexit”, and the current status of U.S. – U.K. relations.

During the introductory briefing on the Brexit and U.S.-U.K. relations, Rutstein emphasized that trade is in Britain’s interest, that the British government is pro-business and government officials responsible for overseeing the exit are listening to the concerns of industry leaders and businesses.

After the introductory briefing, the two opened the discussion for questions. Among the different topics inquired by participants were the nature of a future free trade agreement between the United States and Britain, sectors of opportunity for U.S. companies and what new talent-based visa requirements to enter into the United Kingdom might look like.

“Being able to host foreign officials for these discussions allows us to play a vital role for the Arkansas international business community,” said Dan Hendrix, President and CEO of the World Trade Center Arkansas. “We strive to bring relevant and significant information to Arkansas companies that will help them make strategic decisions on trade matters.”