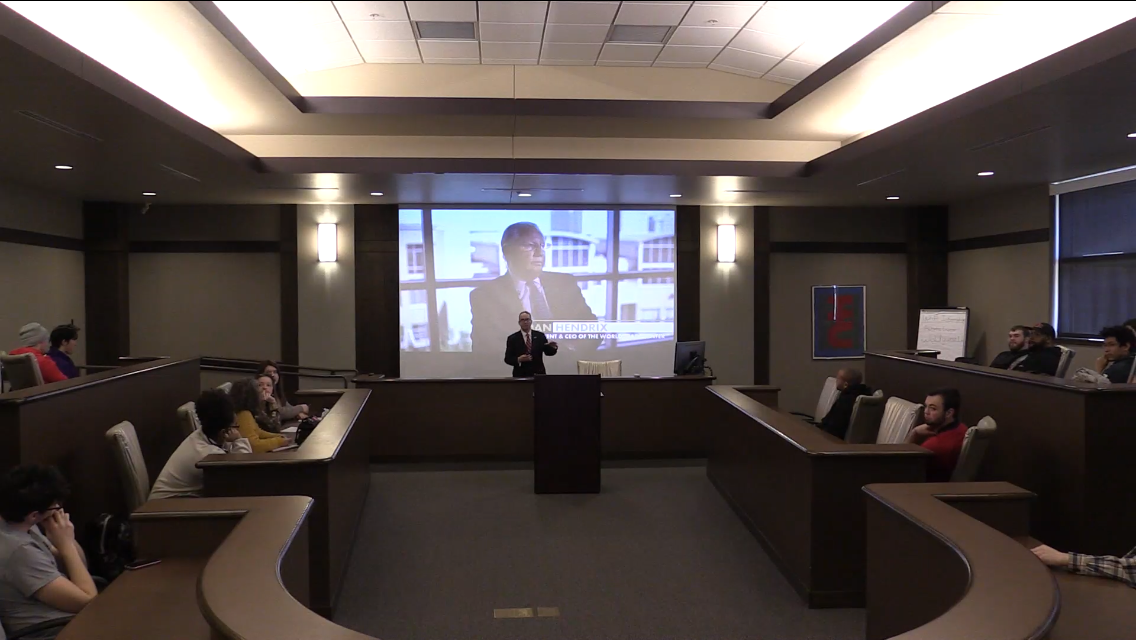 Melvin Torres, director of Western Hemisphere trade at the World Trade Center Arkansas, spoke earlier this month to Arkansas State University students about the importance of the United States-Mexico-Canada trade agreement on the state's economy.

JONESBORO — The North American Free Trade Agreement (NAFTA) has been good for Arkansas’ economy, and its replacement could have a similarly positive impact on the state, according to Melvin Torres, director of Western Hemisphere trade at the World Trade Center of Arkansas.

“Arkansas is an export state,” Torres said. “It’s an ag state and aerospace and defense space, but it’s an export state. We depend on trade. Arkansas has a highly diversified industry which helps balance the economy.”

Speaking to a group of business students and professors earlier this month at Arkansas State University, Torres explained how implementing the United States-Mexico-Canada Agreement (USMCA) will help sustain Arkansas’ economy — from the rural farms to major cities like Jonesboro.

USMCA was signed into law in late 2019  and is expected to be approved by the Canadian Parliament in April. The deal could increase Arkansas trade between Canada and Mexico — the state’s two biggest export markets, respectively, according to data gathered by the Center.

Since NAFTA’s implementation, Arkansas’ exports to Mexico have increased by more than 700% compared to just 300% with the rest of the world. Combined, Canada and Mexico supported 120,000 in-state jobs in 2018.

Jonesboro’s economy has been booming over the past several years, with record low unemployment and major employers in health care, education and manufacturing “looking for and expecting a more skilled workforce,” according to Arkansas Money & Politics.

“That’s incredible for a state like Arkansas,” Torres said. “We only have 3 million people.”

In the Natural State, small businesses account for about 80% of exports. Furthermore, Arkansas’ trade-related jobs grew six times faster than total employment while jobs in the export industry paid 18% better than similar jobs in non-trade positions, according to Center data.