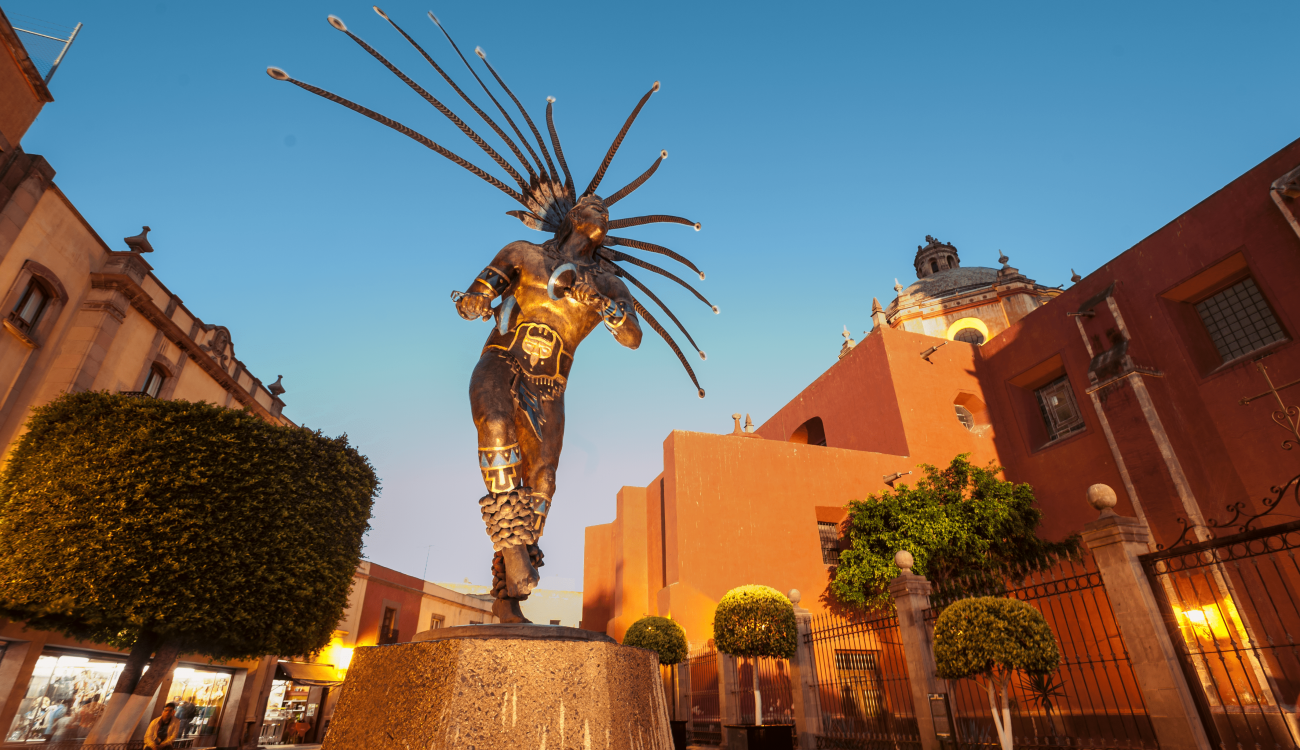 Querétaro is one of Mexico's fastest growing cultural and economic centers and was the site of the 50th World Trade Centers Association's General Assembly where Arkansas companies had the chance to do business-to-business meetings with foreign companies to expand their international market access.

The Arkansas delegation was one of the largest to attend the General Assembly, the annual gathering of more than 328 World Trade Centers from 91 countries, and consisted of nearly 30 individuals representing 15 Arkansas companies across different industries.

This mission was led by World Trade Center Arkansas Director of Western Hemisphere Trade Melvin Torres and Senior Director of Global Trade Strategy Boon Tan. Trade Support Assistants Foster Pool and Matthew Guzak, students in the Sam M. Walton College of Business, also helped lead the mission and managed much of the planning and support efforts by the Center.

“Trade missions are an effective way for companies to access global markets for the first time to grow their international sales and increase state exports,” Torres said. “We partnered with the World Trade Center Querétaro for many months to recruit Arkansas companies on this mission and match them with potential buyers. There were even more incentives to go on this trip including low costs and STEP grant money that could be used to offset expenses.”

The WTC Querétaro matched companies utilizing a custom-built software that analyzed attendees and determined the best matches for companies that could do business with each other. As a result, these Arkansas companies participated in dozens of meetings with business prospects and experienced frequent interactions with interested participants at the WTC Arkansas booth on the trade show floor.

The Consul of Mexico in Little Rock Rodolfo Quilantan joined the Arkansas delegation to provide in-country support. The Querétaro state Secretaries of Agricultural Development and Sustainable Development as well as the Coordinator for International Relations and Government Innovation and the Director of Agriculture Development and Promotion held meetings with and supported the WTC Arkansas team while in Mexico. The WTC Arkansas was the only world trade center to have those meetings with local government officials. Meetings were also held with the president of Coparmex, the Mexican Employers Association which represents local businesses at the government level.

In addition to the meetings at the WTC Querétaro, the Arkansas delegation held on-site visits with prospects at their respective locations and during a networking event at the Arkansas State University Campus Querétaro. Torres, Guzak and Pool served as personal facilitators in these meetings.

“There are always challenges when undertaking trade missions in foreign countries,” Guzak said. “Each culture has its own way of doing business so we had to adjust a lot for our schedule to accommodate everyone. We also worked hard to find sufficient business matches for each Arkansas company but we overcame this by personally calling business and government officials to set up individual meetings for the delegation.”

“The mission and Assembly helped Arkansas businesses because it showed that our state is ready to expand to other countries and build relationships across the globe,” Pool said. “It also helps our reputation as a World Trade Center because it shows others that we can be very beneficial to work with and can easily help expand their business beyond the United States.”

“I could not be happier with the decision to participate in the trade mission,” said Flip Kindberg, managing member of Sky Genie, a Fort Smith manufacturer of rope descent systems for military, rescue, maintenance and utilities sectors. “It was my first time to visit Mexico and the trip has opened a world of opportunity for my business in a country that I do not currently have a presence. I look forward to returning and to working with the incredible individuals that I have started new relationships with.”

Kindberg says he is currently working on a bilingual presentation about Sky Genie’s history and product offerings to provide to the contacts he made in Mexico. The next step is for these contacts to educate their clients and potential clients about his company’s products.

“As a result of the business to business matchmaking, we expect multiple companies to expand market access and execute contracts with Mexican entities very soon,” Torres said. “Others will continue to follow up their conversations and lay the groundwork for future deals.”

This trade mission was the second largest undertaken by the WTC Arkansas since it was established in 2007 and Torres says it was one of the most successful. As a result of the meetings with the Secretary of Agriculture and the president of Coparmex, plans were made for an inbound multi-sector trade mission to Arkansas with these officials and Mexican companies to explore trade opportunities in agriculture, labor safety and aerospace.

“The General Assembly is an important time for networking and matchmaking with World Trade Centers all over the world,” Tan said. “Several Arkansas companies were interested in the Asian and European markets and we connected them to these markets by introducing them to our global colleagues.”

The WTCA brands itself as an ecosystem of world trade and the 2019 General Assembly theme centered on the foundation of global connectivity and featured the first Innovation, Technology and Sustainability (ITS) Summit. The Summit focused on key industry sectors such as healthcare research and development, aerospace manufacturing and the agri-food industry.

ARKANSAS SPEAKERS AT ITS SUMMIT

The World Trade Center Arkansas arranged two of the five speakers for the Summit: Chad Causey of the Arkansas Aerospace and Defense Alliance and its board member Angela Marshall Hofmann of World Strategies, LLC in Bentonville. Hofmann spoke on a panel that was moderated by former U.S. Ambassador to Mexico Earl Anthony Wayne, who became an honorary member of the Arkansas delegation according to Torres.

“We work very closely with Chad Causey and the Alliance,” Tan said. “Due to the keen interest in aerospace among the World Trade Centers in the U.S., the Association promoted the Alliance’s Mid-America Aerospace and Defense Summit taking place this month in Fort Smith. As a result, we expect some interest in attending the Summit from neighboring World Trade Centers in the region. We were very pleased that Arkansas had a strong presence this year. Overall, the General Assembly was a very productive mission for the WTC Arkansas and all the delegation members.”