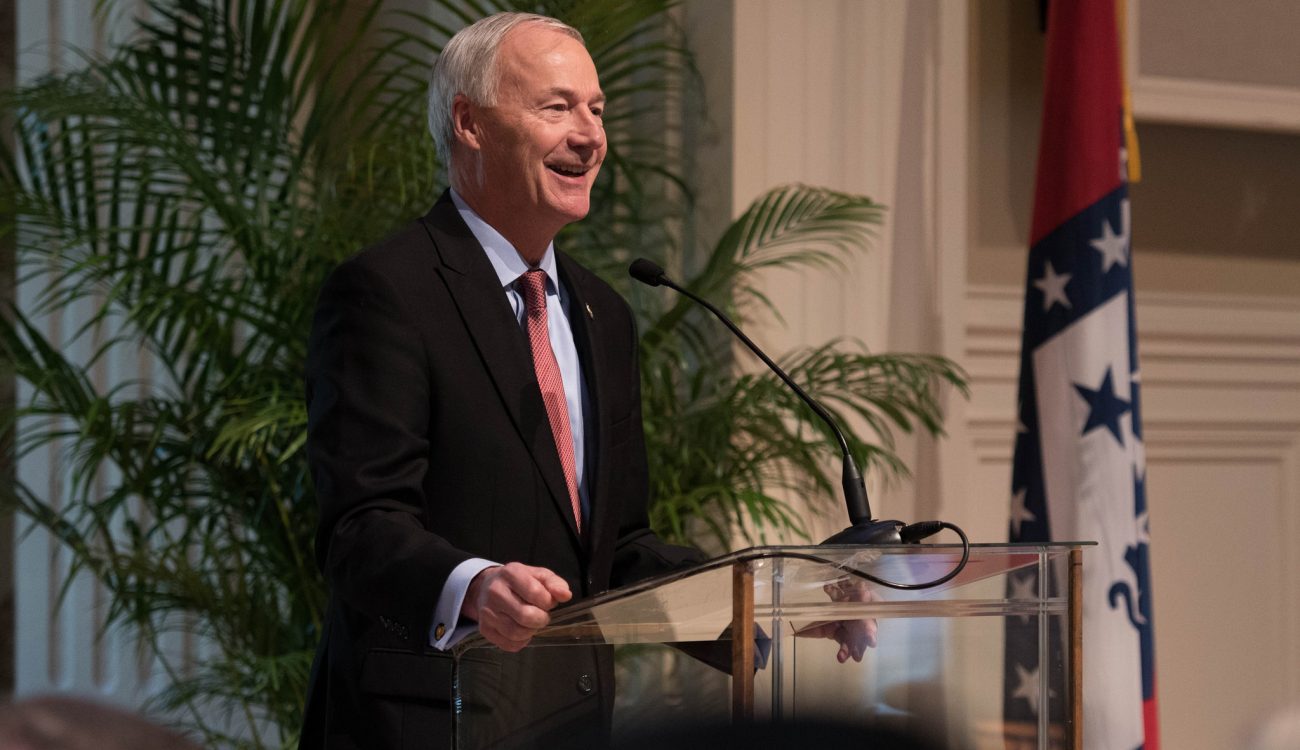 Governor Asa Hutchinson hosted the ninth annual Governor’s Awards for Excellence in Global Trade today. The awards luncheon, organized by the Arkansas District Export Council (ArDEC), took place at at the Governor’s Mansion. Five Arkansas companies will were recognized during the event in the following categories: Small, Medium and Large Company Exporters, Arkansas Rising Star, and Sustainability Award. The keynote speaker for the luncheon was Marc Killebrew, Vice President of International Sales for Tyson Foods.

“Trade is vitally important for Arkansas,” said Hutchinson. “Increasing exports of Arkansas-made and Arkansas-grown products results in two excellent outcomes. It produces extra capital for companies to invest in their facilities and creates new employment opportunities for Arkansans.”

The following companies were recognized during the awards luncheon.

Over the past three years, ECOJOHN has expanded its markets to gain contracts with the U.S. Navy and other U.S. government entities. The company currently has installations on all 7 continents around the world. Most of their clients vary from residential, commercial, and government.

In 2017, ECOJOHN secured a contract with Rio Tinto, which is the second largest mining company in the world. ECOJOHN has responded to increased demand by releasing a new product in the spring of 2018 that is specifically designed for RVs and Tiny Houses.

Safe Foods Corporation provides food safety knowledge, service, and solutions to domestic and international food processors. The goal of its products is to reduce pathogen levels and to extend the shelf life of various foods.

The organization serves markets in Canada, Mexico, Panama, Costa Rica, Colombia, Chile, and Saudi Arabia. Over the past few years, Safe Foods has shifted from a sales-through-distributors model into a direct sales model in order to have control over sales and after-sales service processes.

Safe Foods has continually expanded its markets over the years, resulting in an expansion of its facility in Rogers in 2015 to accommodate demand. More recently, Safe Foods purchased a larger facility in North Little Rock to meet the needs of its markets. This in turn has provided several jobs for Arkansas.

Allen Engineering Corporation is a family-owned company that has provided the concrete industry with new and exciting equipment for many years. They have developed equipment such as truss screeds, concrete pavers, riding trowels, and composite disks.

Its current markets include Canada, Mexico, Central and South America, the Caribbean, Europe, Asia, Australia, and South Africa. In addition to selling through equipment distributors to all of these countries, Allen Engineering continues to attend international trade shows around the world.

Since 1962, the company has evolved from its origin as a foundry, to a forge, a miller, and now a turnkey manufacturer. The facility in Heber Springs was established in 2006, employs 420 individuals, and produces 8 trucks of product per day.

Saint Jean Industries in Heber Springs has expanded into new markets over the past three years including a contract with Tesla. Most of their exports are sent to China, Canada, Germany, France and Australia.

The ArDEC is a non-profit organization comprised of members of Arkansas’ exporting community. ArDEC members are appointed by the Secretary of Commerce and actively encourage manufacturers across the state to consider exporting as a realistic opportunity for growth. The ArDEC strives to tear down barriers to exporting, by providing guidance, training and connections that make the prospect of entering new markets less daunting. The Governor’s Award for Excellence in Global Trade originated in 2009 by joint efforts of the Arkansas District Export Council, Arkansas Economic Development Commission, U.S. Commercial Services, and Arkansas World Trade Center.