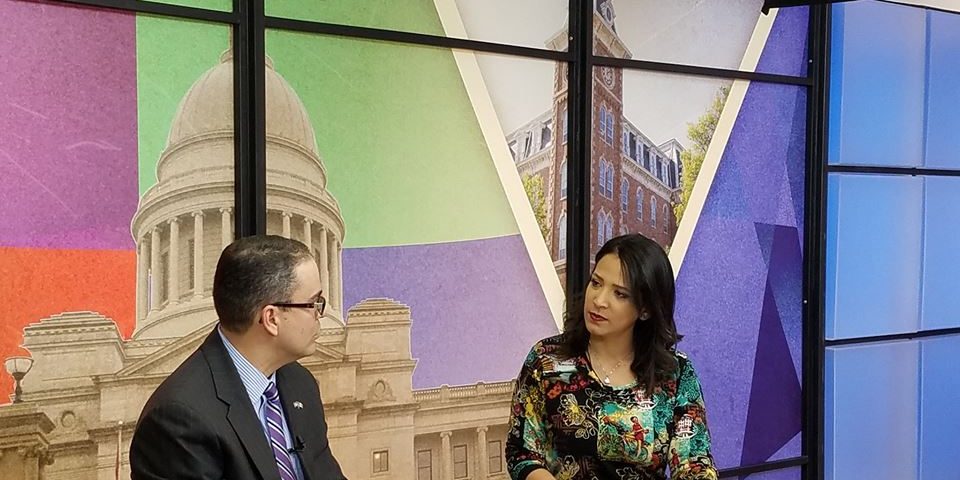 Dec. 14, 2016 – By reaching people through Arkansas media channels, the World Trade Center Arkansas can fulfill its mission of connecting them to the world.

Arkansas media outlets throughout the state are looking to World Trade Center Arkansas officials to explain the current state of global trade and how it relates to Arkansas’ economy.

Univision Arkansas, a subsidiary of the American Spanish language broadcast network Univision, interviewed Melvin Torres, the director of Latin American Trade for the World Trade Center Arkansas. Torres has been a frequent guest on Univision Arkansas’ segment AsÍ Es! During the latest interview Torres discussed recent developments in global trade, his visit to the 2016 food expo Alimentaria, and recent activities of the World Trade Center Arkansas. His interview will appear in Spanish during AsiEs! on Saturday at 10:30 am, Sunday at 5 pm and Monday at 10 pm.

“It’s very important for us to communicate these developments in trade,” Torres said. “When we can speak to media outlets in the state, it is a significant way for us to fulfill our mission of connecting Arkansas to the world. We educate with facts and figures, not a political agenda and this had made us a reliable source for the media.”

Torres’ fluency in Spanish is an ideal tool for the World Trade Center Arkansas to communicate its mission to Arkansas’ large Spanish-speaking audience of almost 210,000 and educate them in complex matters of global trade.

In addition to Univison Arkansas, Torres, as well as Beth Keck, member of the Board of Advisors for the World Trade Center Arkansas and the practitioner-in-residence for China Studies for the Johns Hopkins University School of Advanced International Studies, and Angela Marhsall-Hofmann, another member of the Board of Advisors and former trade counsel for the Senate Finance Committee were quoted in an article in Talk Business and Politics.

Valuable information given by Torres, Marshall-Hofmann and concerning Arkansas $5.9 billion exports and how international trade supports the state economy appeared in the article.