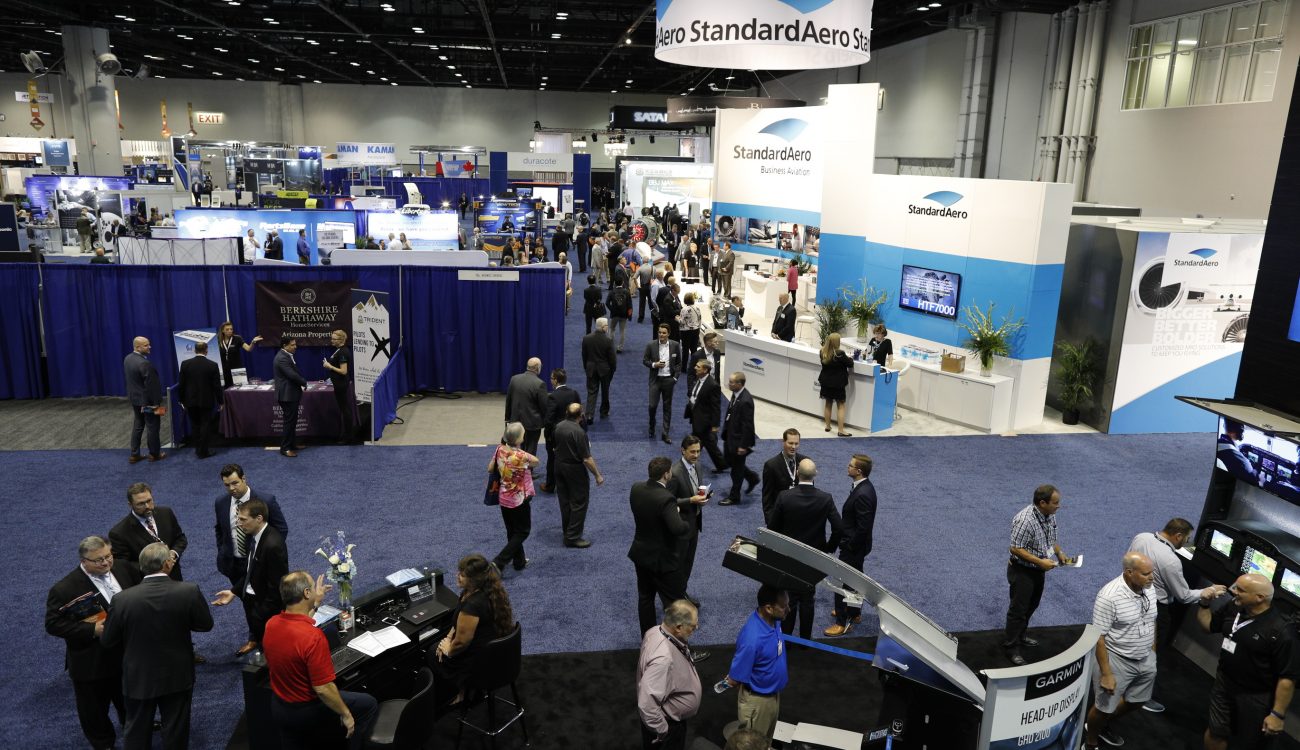 One of these companies was Rose Aircraft Services of Mena, Ark. The company exports aircraft parts, materials and supplies and provides aircraft maintenance, modification and refurbishing services.

Keith Rose, CEO of Rose Aircraft Services attended the NBAA convention with his team to reinforce existing relationships, make new connections, expose themselves to new ideas and trends and to showcase the company’s products and services.

“Collaboration is the way to approach networking,” he said. “Being connected to other people who are in the same line of work can help uncover new ways to grow the business. Human to human connections and getting to know each other on a personal level is the most valuable part of attending NBAA conventions.”

Founded in 1947, the NBAA is based in Washington, D.C. The Association helps general aviation companies to make their businesses more efficient, productive and successful. The national convention is one world’s most highly attended events in business aviation.

According to a report from Business Round Table, Arkansas companies export $1.7 billion in aerospace products and parts. According to the AADA, commercial aviation contributes more than $2 billion to the state’s economy each year. General aviation creates an annual economic impact of nearly $500 million. There are nearly 180 well-known aerospace companies in Arkansas.

Mundo Harbaugh, President and CEO of Mundo-Tech in Rogers, Ark also attended the show. Mundo-Tech is an aerospace tubing fabrication company that sells hydraulic, water, waste and oxygen assemblies for aircraft. This was Mundo-Tech’s first time to attend the NBAA show and according to Harbaugh, they were able to meet with first-tier aircraft companies as well as potential vendors and leads that Boon Tan brought to their booth.

“Aerospace is one of Arkansas’s strongest sectors,” Tan said. “Our companies are industry leaders and supporting their efforts is vital to our mission to help increase their exports. Trade shows like the NBAA offer fantastic opportunities to establish brand-recognition and to meet with potential buyers to grow international sales.”

For more information about the NBAA, visit their website here.