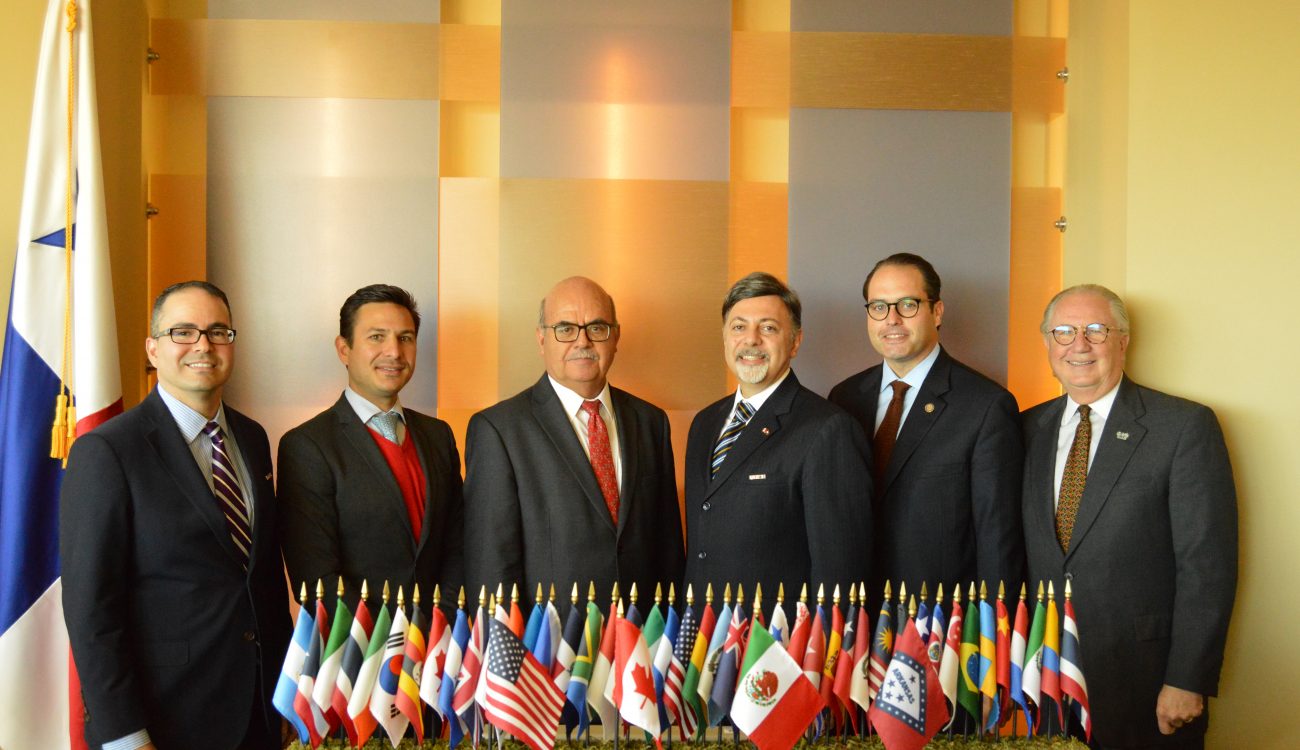 The World Trade Center Arkansas held a diplomatic briefing with officials from Canada, Mexico and the Office of Governor Asa Hutchinson on Tuesday, October 23, 2018 to inform Arkansas businesses and professionals on the current status of trade relations in North America.

Almost twenty different businesses across multiple sectors were represented among the nearly 50 attendees at the event. Attendees had the chance to engage the officials in question and answer sessions throughout the briefing.

Dignitaries and officials that presented were: 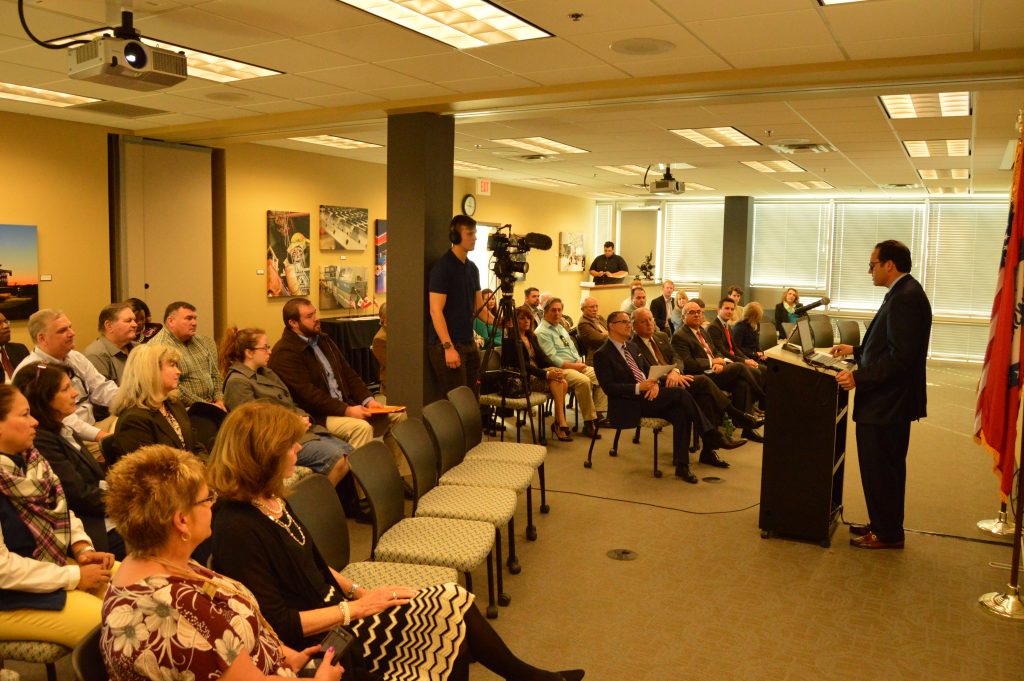 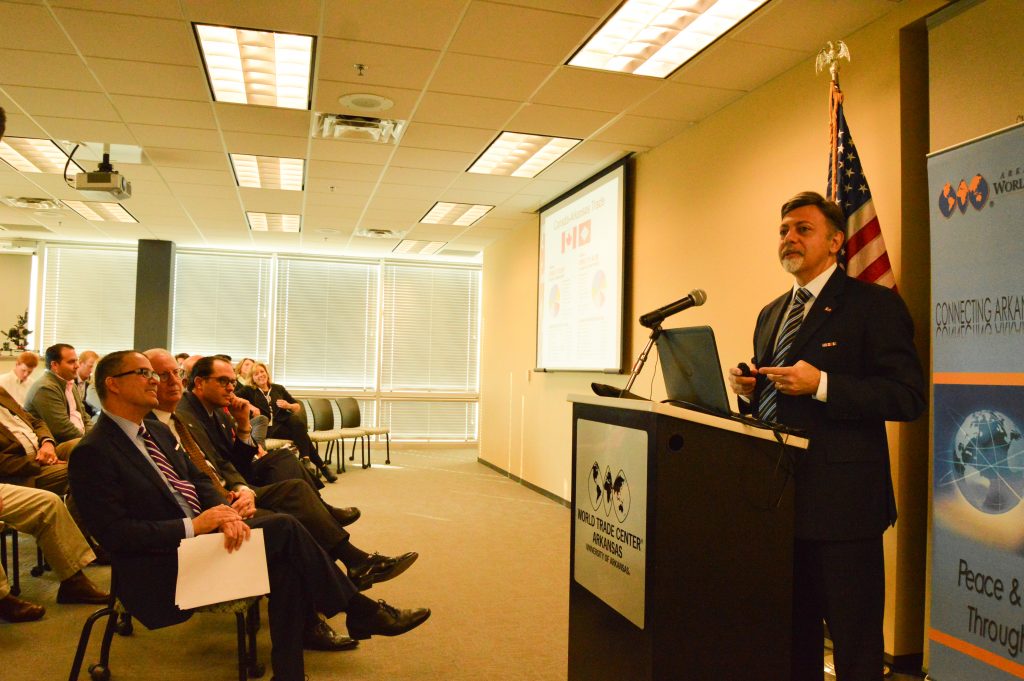 The presentations covered multiple topics regarding the strategic relationship between Canada, Mexico and the United States ranging from security, to energy to economics. Specific issues presented on that concern Arkansas’s relationship to these countries included cross-border manufacturing, lucrative trade-dependent sectors, areas for business opportunities and aspects of shared culture.

“This event provided the unique opportunity for the Arkansas business community to hear important updates and engage with the diplomatic officials of our most important trading partners,” said Melvin Torres, Director of Western Hemisphere Trade for the World Trade Center Arkansas. “Canada and Mexico are Arkansas’s most important trading partners with one third of all our exports going to those countries according to the latest reports.”

Torres is citing data from the U.S. Census Bureau. According to other data reports compiled by the World Trade Center Arkansas, Canada and Mexico receive $2.2 billion in goods and services from Arkansas and trade with these countries support nearly 120,000 Arkansas jobs. In addition to this, Arkansas exports have increased by 700 percent since 1993 and imports from Canada support more than seven of Arkansas’s most important industries, including agriculture, transportation, chemicals and forestry products. 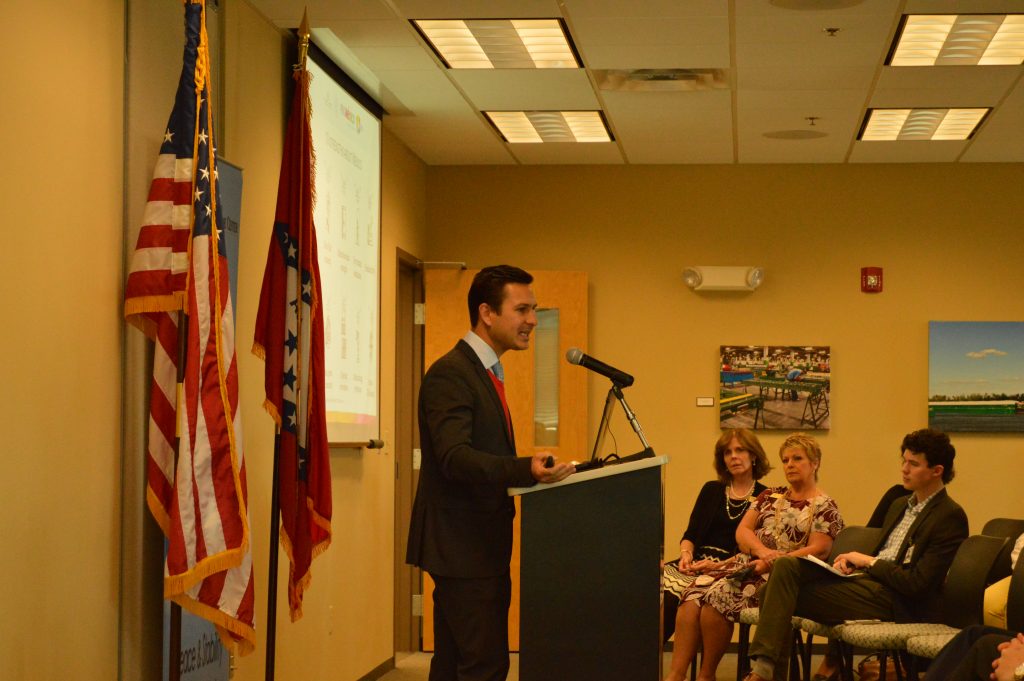 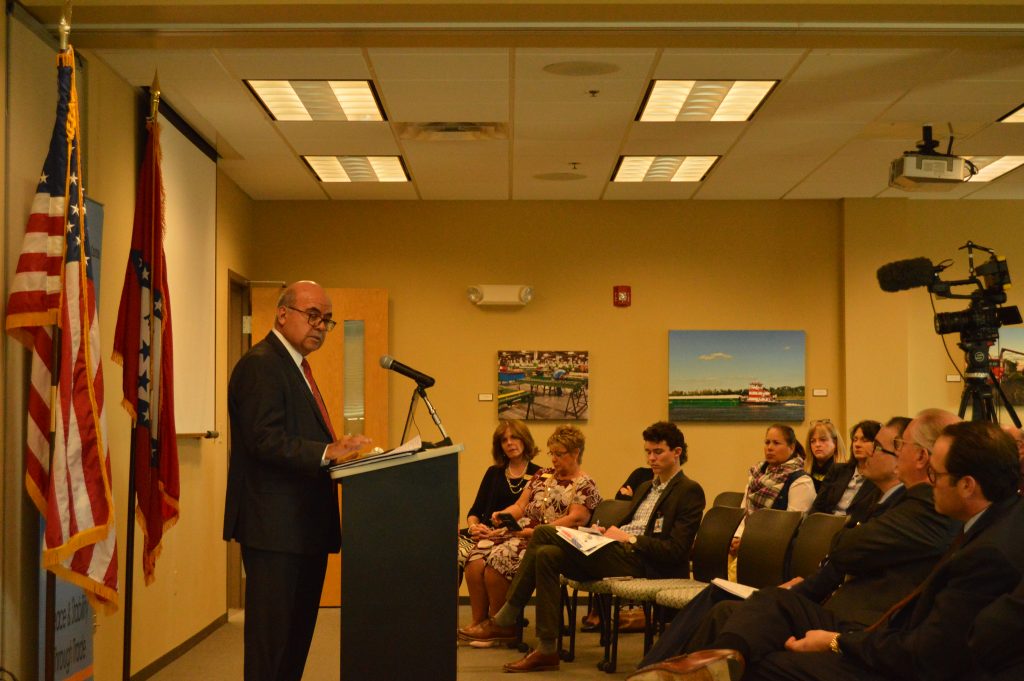 More information about ProMexico, the Consul General of Canada in Dallas and the Consul of Mexico in Little Rock can be read by following the respective links.