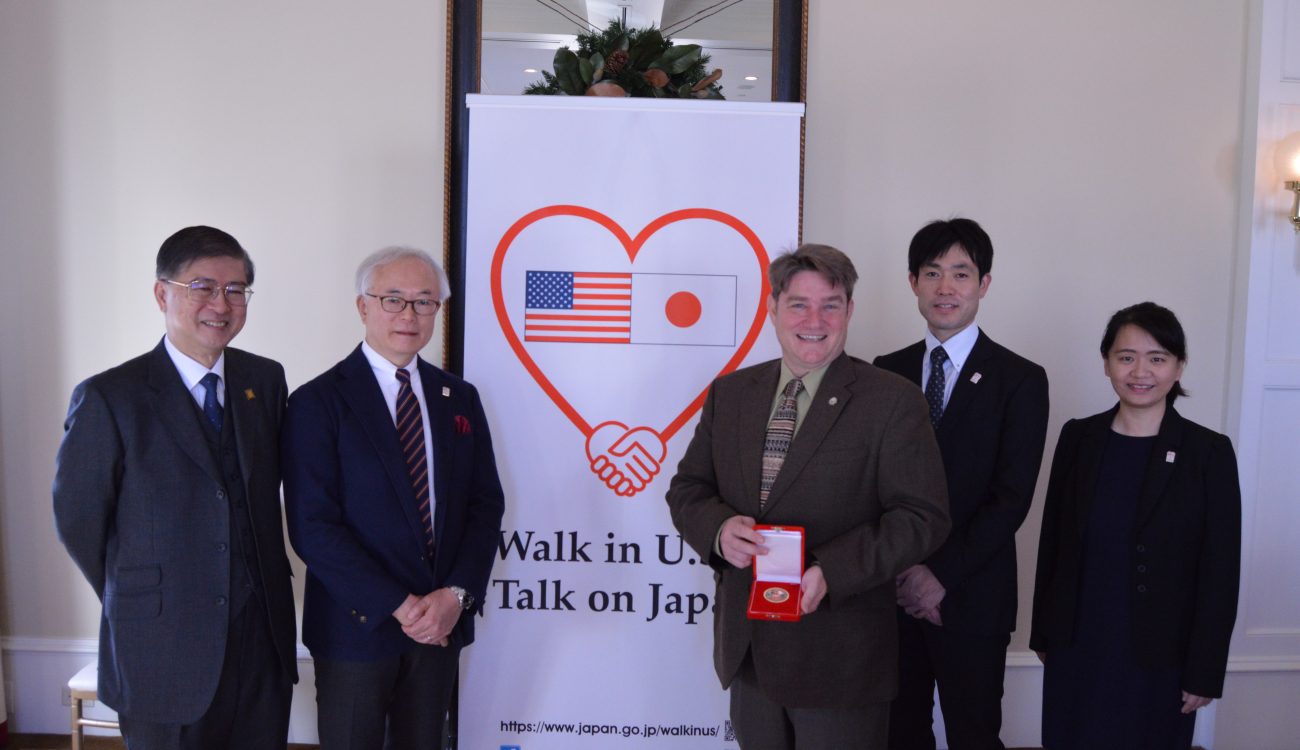 The World Trade Center Arkansas and Arkansas Secretary of State Mark Martin hosted the Consul General of Japan in Nashville, Hiroyuki Kobayashi, and a delegation from the Office of Prime Minister Shinzo Abe for a diplomatic breakfast on Monday, Dec. 10 in Little Rock, Arkansas.

The delegation is a part of Prime Minister Abe’s “Walk in U.S., Talk on Japan” campaign designed to build stronger relations between Americans and Japanese. Each member presented on topics such as culture, economics, politics and opportunities in Japan to Arkansas leaders in business and government from organizations that included the U.S. Small Business Administration, the Arkansas Economic Development Commission, Tokusen USA Inc, the Arkansas Research Alliance and the Office of Governor Asa Hutchinson.

“Japan’s economic ties with Arkansas run very deep,” said Dan Hendrix, President and CEO of the World Trade Center Arkansas. “Japan is the largest investor in the United States, second only to the United Kingdom and is the six largest destination for Arkansas exports, importing more than $1.3 billion in goods in the past four years alone. Hosting the delegation from the Prime Minister’s office allows us to engage one of our biggest trading partners and promote mutual cooperation and stronger relations to grow opportunities for Arkansas companies.”

In addition to the breakfast, the delegation held meetings with Governor Asa Hutchinson and presented at a luncheon at the Clinton School of Public Service with the Arkansas chapter of the U.S. Japan Council.